“Things are going to get much, much worse” 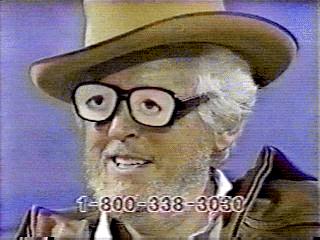 Faith is Action, based on a Belief, sustained by Confidence (ABC)
By this definition, any action requires faith, getting out of bed requires a faith in gravity, in your own memory, etc. Driving requires a faith not only in your own abilities, but in the abilities of others. As you drive more and more, your faith in your abilities strengthens because of the confidence you have with all those accident free miles behind you.

Christian faith is Action, based on a belief in one of Gods promises, sustained by the Confidence one gets from His ability to keep those promises.

If I say I have faith in a friend, I will take his word.
If he keeps his word, I am more willing to trust him further next time.
If he never lets me down, I would probably take his word in spite of the circumstances.

Most people I have met have their minds made up for them. They got beat up in the church, like I did, but instead of making up their own mind about Jesus, they let the morons do it for them. How many people do you know spent even 8 hours studying the Resurrection? Have you? But everyone already has their mind made up, no matter which side of the fence they’re on.

Every subject I can think of is the same; individuals let others make up their mind for them, usually because they don’t give any thought to the subject, or worse, only enough thought to feel justified. Ford vs. Chevy. L.A. or N.Y.C. Paper or plastic? U.F.O.s or Nephilim? With few exceptions, I don’t care what you believe. As long as you know why you believe it. We live in an age when research is easier than ever, but surfing is not research. Research is what CSI’s do…follow evidence though to a conclusion. Why do you think you are liable for the income tax? What research did you do that led you to that conclusion? Or did the biggest bully in the yard simply demand your milk (and rent, and insurance, and food) money?

My faith is strong because I studied the Resurrection.
Lotus Sevens are my favorite car because I researched everything about them. Then built a few from the ground up and drive one around [when the weather allows!]
I stopped filing income tax confession forms because IT IS THE AMERICAN THING TO DO! I will gladly start paying again when I am shown what law requires me to do it, how to do it without voiding my God given rights to privacy and against self-incrimination, and when the last nine words in the First Amendment mean what they say.

Things will get worse before they get better. Eventually, the dollar will crash. Historically, there is no way it can’t. As of this writing, gold and oil are at an all time high, and the dollar is at an all time low. As things get worse, the Saints get stronger, because this world is not our home. So, cheer up Saints…it’s gonna get worse!